Wanna Play Would You Rather? 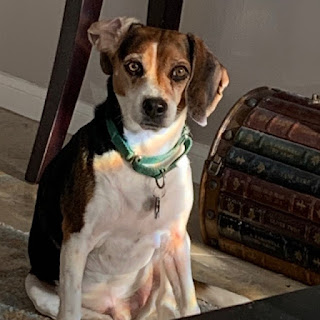 If you're reading, it's too late. We're gonna play. Pick two and answer in the comments. Really you're free to answer as few or many as you'd like :)

1, Would you rather read a book or write a book?

2. Would you rather always be lucky in life or lucky in love?

3. Would you rather live in the heart of the city or on a farm or ranch?

4. Would you rather eat burgers or pizza?

(think vegan or vegetarian options if you are one)

7. Would you rather play drums or guitar?

8. Would you rather be an artist or a scientist?

9. Would you rather wear boots or flip-flops?

10. Would you rather hold a lizard or a frog?

Have fun with this little game!

Next month, I PROMISE, I'll talk about my new book and new series. It's hard for me not to talk about it now, but it's still a little too soon. But here's another little hint:

Jemi Fraser said…
Great questions!
I can't choose between reading and writing...
I'd take the pizza (with pineapple!) and guitar!! My son has tried to teach me guitar but my hands just don't work that way. Although I'd take learning the drums as a consolation prize - so fun!
June 1, 2022 at 8:34 AM

Elizabeth Spann Craig said…
I'd rather write than read, although just barely.

Elephant's Child said…
Definitely a reader. Which is just as well. I have nailed that ambition - thanks to all your writers.
I would LOVE to be able to talk to the animals. And to fly. Can I take it turn and turn about?
June 1, 2022 at 11:48 AM

Carol Kilgore said…
Jan - I love the ranch by the ocean :)
I would add a short distance to a town that had everything I needed and a train ride away from a big city.

Teresa - I tried learning guitar, but I have small fingers and hands and couldn't get the hang of it. I do play piano, but those big classical chords were always impossible, too. Sigh.

Carol Kilgore said…
Elizabeth - Usually I do both :)

Lonnie - Talking with animals would be my choice, too.

Carol Kilgore said…
Deanna - I would love to be able to draw, paint, watercolor, sculpt, or whatever. I have very little talent in those areas. I wish I did.
June 3, 2022 at 8:13 AM

cleemckenzie said…
Would you rather read a book or write a book?
READ ONE

2. Would you rather always be lucky in life or lucky in love?
I DON'T BELIEVE IN LUCK, BUT I'LL TAKE IT FOR "LIFE" JUST IN CASE.

3. Would you rather live in the heart of the city or on a farm or ranch?
RANCH, HANDS DOWN.

4. Would you rather eat burgers or pizza?

(think vegan or vegetarian options if you are one)
PIZZA

6. Would you rather be able to converse with animals or be able to fly?
I WANT TO FLY. ANIMALS DON'T HAVE A LOT TO SAY AS FAR I UNDERSTAND THE WORLD.

7. Would you rather play drums or guitar?
GUITAR

8. Would you rather be an artist or a scientist?
ARTIST

9. Would you rather wear boots or flip-flops?
BOOTS

1. Would you rather read a book or write a book? This is totally unfair... I LOVE BOTH equally.
7. Would you rather play drums or guitar? Well, I play piano but have always wanted to learn the violin. I swear that 2022 is the year I'm going to make it happen. (I have 6 months left... there's still time, right?)

Carol Kilgore said…
Michelle - Of course there's still time! You can do it!!! We are fine here, just sweating through what is starting out to be a long, hot summer. We went almost straight from winter to high summer, with only a couple weeks of springlike weather. We don't usually get as hot as we are until late July or early August.
June 17, 2022 at 8:39 AM