These books are not a series, but they are connected by the south Texas coast and the Gulf of Mexico. Each is set in a different location along the Texas Coastal Bend. 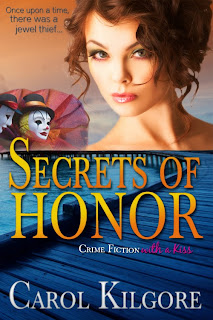 By the end of a long evening working as a special set of eyes for the presidential security detail, all Kat Marengo wants is to kick off her shoes and stash two not-really-stolen rings in a secure spot. Plus, maybe sleep with Dave Krizak. No, make that definitely sleep with Dave Krizak. The next morning, she wishes her new top priorities were so simple.

As an operative for a covert agency buried in the depths of the Department of Homeland Security, Kat is asked to participate in a matter of life or death—locate a kidnapped girl believed to be held in Corpus Christi, Texas. Since the person doing the asking is the wife of the president and the girl is the daughter of her dearest friend, it’s hard to say no.

Kat and Dave quickly learn the real stakes are higher than they or the first lady believed and will require more than any of them bargained for.

The kicker? They have twenty-four hours to find the girl—or the matter of life or death will become more than a possibility. 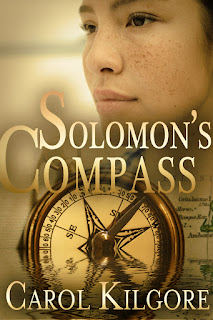 When Coast Guard Commander Taylor Campbell returns to Rock Harbor, Texas, to tend to her uncle’s estate, she meets a mysterious former Navy SEAL, Jake Solomon, and learns her uncle didn't drown accidentally. His murder was one in a string of murders of a group of Vietnam veterans who called themselves the Compass Points.


Before her uncle died, he sent Taylor a message with the location of his buried treasure. Unearthing it will place her squarely in the killer’s crosshairs, but she’s determined to fulfill her uncle’s last wish.

Jake, sent to protect her and find the killer, has other plans. His mission would be much easier to accomplish if he could forget how good she’d tasted when he kissed her. 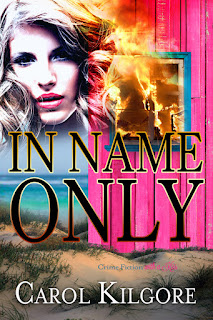 No home. No family. No place to hide. For Summer Newcombe, that's only the beginning.

The night Summer escapes from a burning Padre Island eatery and discovers the arsonist is stalking her, is the same night she meets Fire Captain Gabriel Duran. As much as she's attracted to him, five years in the Federal Witness Security Program because of her father’s testimony against a mob boss have taught her the importance of being alone and invisible. No matter how much she yearns for a real home, she relinquished that option the night she killed the man who murdered her father. But Gabe breaks down her guard and places both of them in danger.

Summer has vowed never to kill again, but she's frantic she'll cost Gabe his life unless she stops running and fights for the future she wants with the man she loves. 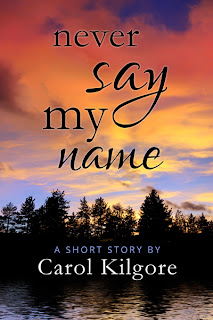 NEVER SAY MY NAME was originally published as "Cold Kill" in the Dec 2000/Jan 2001 Futures Magazine and reprinted in the premier issue of Mouth Full of Bullets in Fall 2006.

As the prequel to IN NAME ONLY, this short story recounts the incident in Summer Newcombe's life that precipitated her involvement with the Federal Witness Security Program.

In addition to the new title, the story has been re-edited to better reflect events in the novel. It is available in a Kindle Edition only.